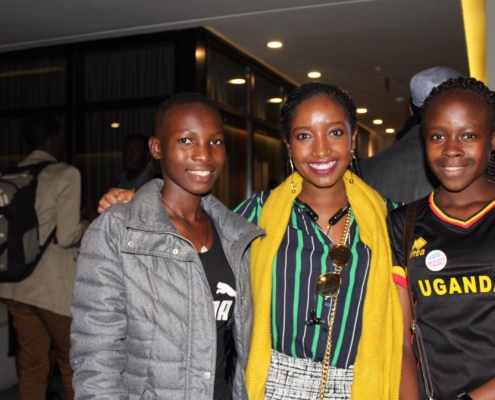 Juliet and Zahara pose with Anita Nderu, a celebrated journalist in Kenya 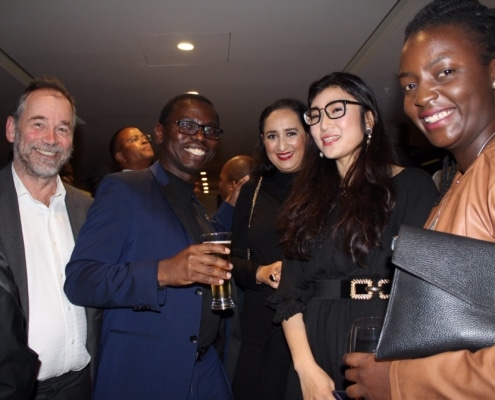 Roger Yates, Juma from UNHABITAT, Reps from Huawei Technology and Tino at the cocktail party 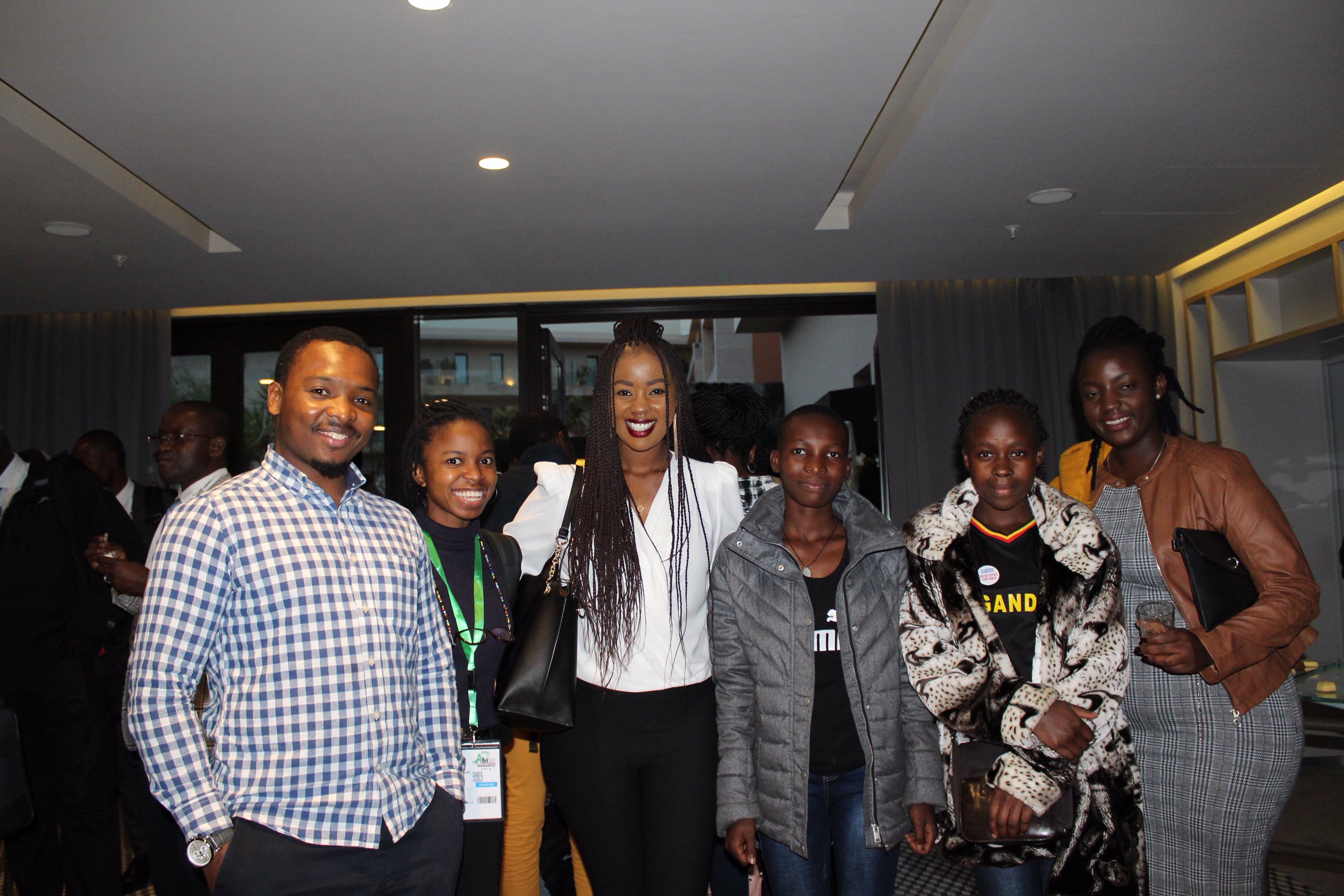 Juliet, Zahara and Tino pose with youth from different parts of Africa

In his speech, Roger highlighted the successes that Free to Be – a mobile application that utilises a map based social survey tool designed with the help of girls and young women, in partnership with CrowdSpot – has enabled girls and young women to identify, without fear of blame, the areas in their cities where they feel safe or unsafe.

“Girls’ use of this technology demonstrates clearly that they want to be heard, that they are actively looking for change and want to be involved as leaders in bringing it about.” Roger Yates.

The cocktail event was attended by mayors from different African cities across Africa, as well as business leaders, youth and development partners and was organized by Huawei, UNHABITAT, UN Office on Drugs and Crime (UNODC), African Forum for Urban Safety (AFUS), United Cities and Local Governments (UCLG) and Plan International.