Migration is the other major global concern of the moment in debates at Africities. This important session took place in the morning of Wednesday in a meeting room of the Sofitel Hotel. 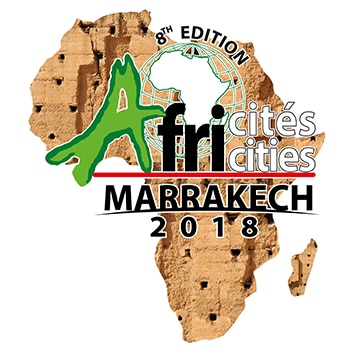 Migration Day – November 21st recalled the crucial role of local and subnational governments in managing migration; and the urgent need to make them stakeholders in the negotiation of the Global Compact on Migration, which must be concluded at the United Nations Conference on Migration, due to take place 10 to 11 November in Marrakesh. The Secretary General of the United Cities and Local Government of Africa (UCLGA), Jean Pierre Elong Mbassi, called for greater involvement by local authorities in international discourses.

“No sustainable development goal can be achieved without local authorities,”

Mr. Mbassi told a press conference at the Summit.

Climate Day – November 22nd emphasized the urgency of involving local and subnational governments in the implementation of the Nationally Determined Contributions (NDCs) under the Paris Agreement on Climate Change, and even considering Locally Determined Contributions (LDC’s) if, as is desirable, local and subnational governments plan to participate in the Paris Agreement ambitions to limit global warming to 1.5 degrees by the end of the century with respect to the pre-industrial period.

In this context, the localization of NDCs is essential and UCLG Africa is asked to develop and implement a capacity-building program for its members, so that they have a climate plan and are able to prepare applications that are eligible for the Green Climate Fund (GCF). UCLG Africa is also asked to broaden the scope of its Climate Task Force to spearhead the climate action of African local governments. A Declaration was adopted at the end of the proceedings of the Climate Day.

Urban Planning Day – November 23rd focused on urban planning as a basic tool for transitioning to sustainable cities and territories. It reiterated the importance of setting up urban agencies to monitor the dynamics of urbanization and to put in place a framework for dialogue between all actors to define the allocation and policies around the use of urban space in respect of ecological constraints. The day resulted in the signing of eight partnership agreements between 14 African cities in Morocco and their sisters in Côte d’Ivoire, Benin, Senegal, Uganda, Tunisia and Cameroon, with the technical support of the Association of Urban Agencies of Morocco, the Moroccan “Al Omrane” Holding, the United Cities and Local Governments of Africa (UCLG Africa), and the United Nations Program for Human Settlements (UN-Habitat).

Partnership agreements for urban planning and the establishment of urban agencies have been entered into between: the cities of Dakar  (Senegal) and Rabat (Morocco); Abidjan (Côte d’Ivoire) and Casablanca (Morocco); Yaoundé (Cameroon) and Marrakech; Jinja (Uganda) and Essaouira (Morocco); Sousse  (Tunisia) and El Jadida; Rufisque  (Senegal) and Dakhla; and Abomey (Benin) and Al Hoceima.